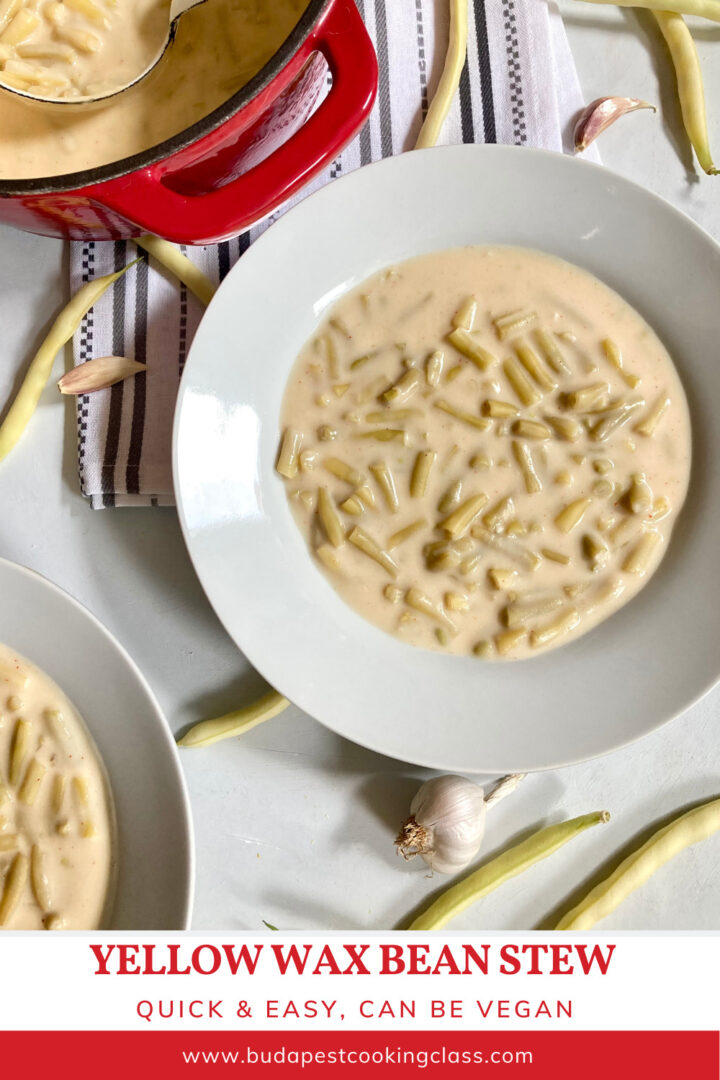 Creamy yellow wax bean stew is a wonderful summer meal made with freshly picked yellow wax beans, a good portion of sour cream, minced garlic and a pinch of paprika powder. It goes so well either by itself or as a side with fried eggs or sausages of frankfurter. It is a thick soup (vegetable stew or pottage), called “főzelék”. This is a delicious summer dish, quick and easy recipe to make, done in 30 minutes. It can be served at room temperature, warmed, or my favorite — cold. You can make it vegan and gluten free, just use vegetable cream instead of sour cream and gluten free (brown rice) flour.

How to thicken it?

There are 2 options to thicken a vegetable stew.
1. Make a roux. Roux is a classic thickening agent for soups and sauces.Roux takes just a few minutes to make, a mixture of equal part of fat (oil, lard, butter) and flour.It is made by stirring the flour into the melted fat and then tasting it for a few minutes so that the floury taste cooks off.
For this dish