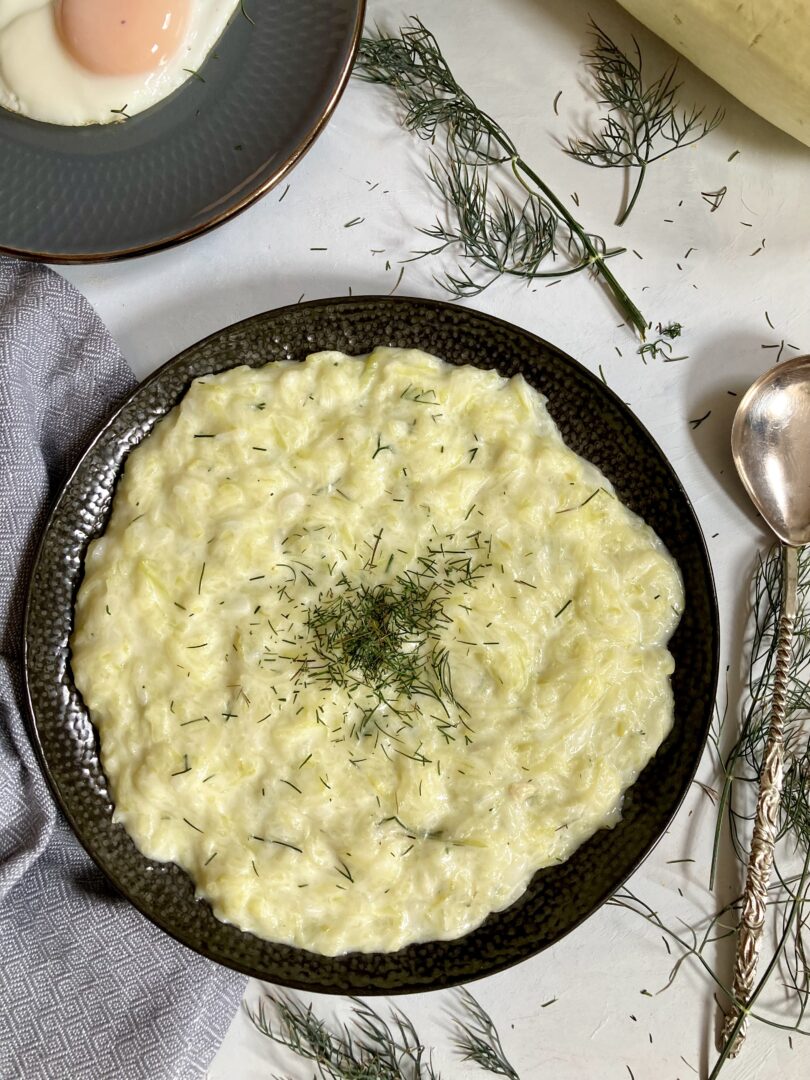 Hungarian vegetable marrow stew with dill is a wonderful summer dish made with shredded vegetable marrow, a good portion of sour cream, onions and dill. Hungarian cuisine is not all about heavy meat dishes with an overdose of paprika, vegetable dishes are also very popular. It’s light and refreshing, an easy vegetarian meal, done in 30 minutes. It can be served at room temperature, warmed, or my favorite — cold. You can make it vegan and gluten free, just use vegetable cream instead of sour cream and gluten free (brown rice) flour.
The vegetable marrow stew goes well with fried egg, fried sausages, also, it is very popular with pork stew. But you can eat it plain as well.

How to thicken it?

There are 2 options to thicken a vegetable stew.
1. Make a roux. Roux is a classic thickening agent for soups and sauces.Roux takes just a few minutes to make, a mixture of equal part of fat (oil, lard, butter) and flour.It is made by stirring the flour into the melted fat and then tasting it for a few minutes so that the floury taste cooks off.

For the Hungarian vegetable marrow stew I do not like to make roux as a thickener. I prefer the 2. option.

2. Mix four and sour cream, whisk it until smooth, temper and add it the the water that you cook the vegetables in.

What kind of flour to use?

I use all purpose flour, you can use any gluten free flour as well, but you have to experience how much to add to thicken the dish perfectly.
Also, if using all purpose flour, you have to know: the differences in American/Canadien and European wheat come down to the amount of gluten and selenium in each.You may need to use more or less flour than the recipe says for the right consistancy.

Sure, just add som vegetable cream instead if sour cream, it will be perfect. 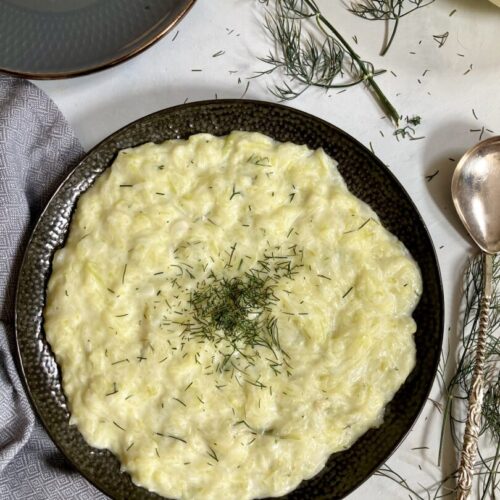