Rich and hearty, Hungarian Goulash is a must-have during wintertime, it definietely warms you up! In this soup, bite size cubes of beef are flavored with lots of sweet paprika powder and some vegetables and cooked low and slow in a flavorful broth until fall-apart tender. Pinched noodles (called “csipetke” in Hungarian) are also added.
Goulash is loaded as the Hungarian specialty all over the world. The word goulash means heardsman.

What do Hungarians call goulash?

Hungarian goulash is traditionally served as a brothy soup. It is quite filling, especially if you have it with white bread, so main course is not needed after having it. Pasta or pastry dishes, especially the ones made with cottage cheese (pancake, dumplings, strudel) go down well after the heavy soup.

The thick beef dish that is served for main course with nokedli noodles (spaetzle) is not goulash. That is beef stew.

The goulash is delicious with “csipetke” pinch noodles. Csipetke is a variety of traditional Hungarian noodles used in goulash and other soups. They are made by pinching small pieces of dough and roll them.

Do not add too much tomatoes or peppers to the soup. A medium tomato and pepper is just enough, the best to use sweet yellow pepper (wax pepper, cubanelle). If you use bell pepper, add the yellow or red ones and only the half of one pepper.

Caraway seed is the secret ingredient, without them goulash is not goulash. Caraway seeds are highly aromatic and have a distinctive mild anise flavor, a little goes a long way, so I only use 1/2 teaspoon.

Traditionally, goulash is made with pork lard, this is how I prepare the soup. Since many kitchens very rarely have it on hand, Iyou can use vegetable oil instead. 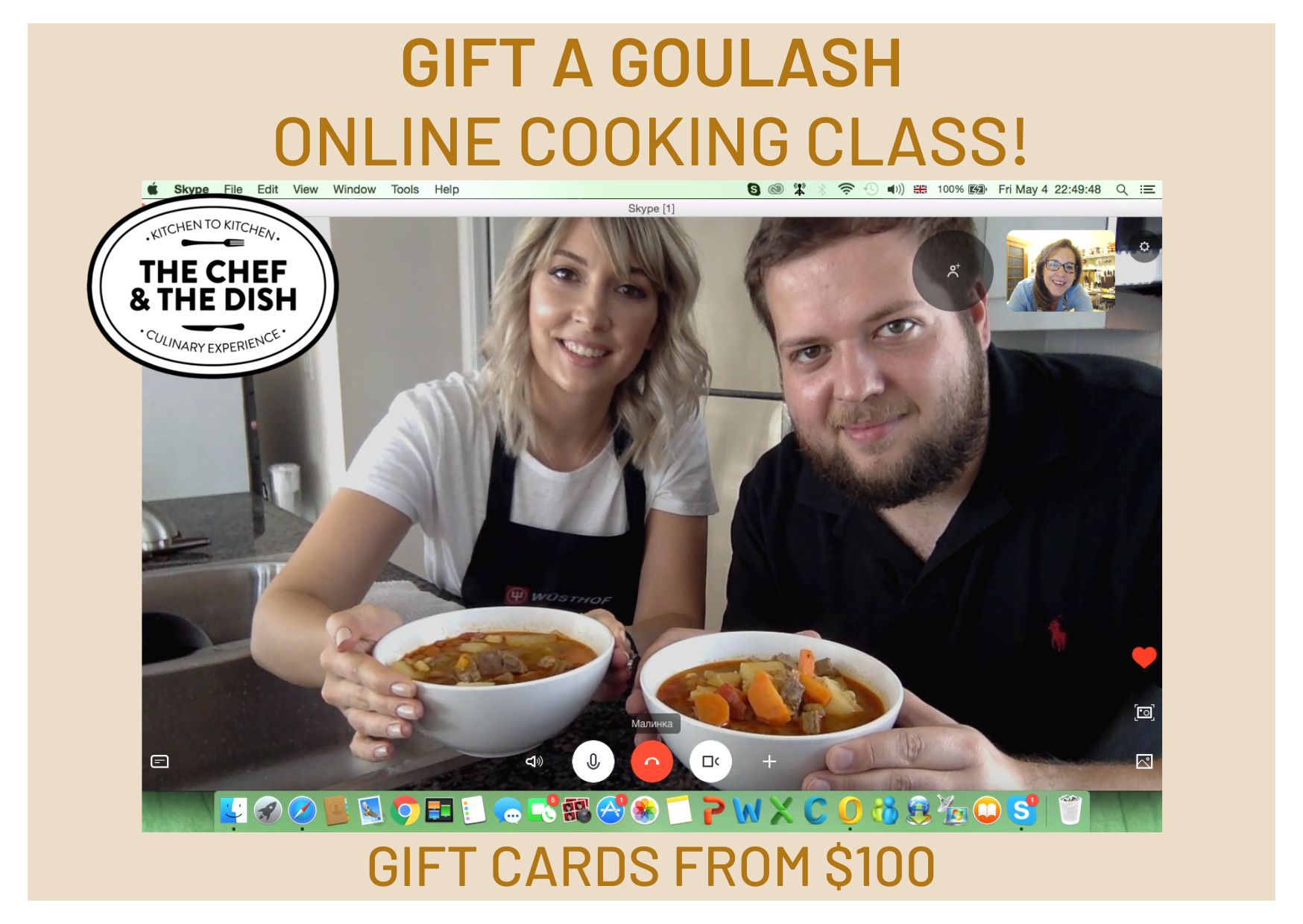 The Chef & The Dish brings me straight into your kitchen for an in-depth and fun Hungarian cooking class.

I teamed up with “THE CHEF & THE DISH” an online kitchen to kitchen cooking experience. We bring together kitchens across the world for a live, private cooking classes via Skype. Master the best, most comforting Goulash Soup. Book an online, 100% interactive cooking class with me, no flights required. The Cooking Class gift certificates are perfect for creating unique and memorable experiences. Gift a Hungarian Goulash cooking class to your loved ones!

Hungarian Chili Paste
to make your dish spicy
when you serve 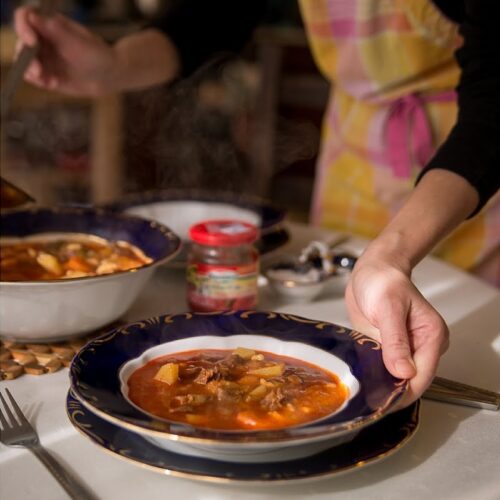